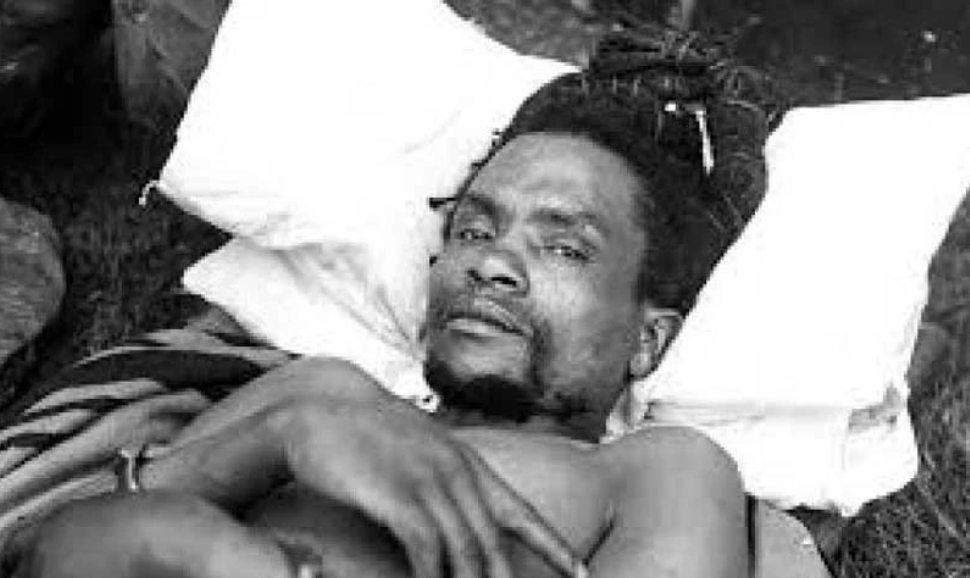 ……In Zambia there is a road named after a Kenyan Mau Mau leader and freedom fighter This is his story.

Rewards totalling £500 for the capture of Dedan Kīmathi, were distributed at a ceremony at Nyeri today, (5 November 1956) by the Special Commissioner for the Kikuyu, Embu and Meru, Mr. C.M. Johnston.

The reward in the form of Post Office savings books was divided between the nine members of the patrol, which captured Kimathi, six members receiving £25 each. Tribal policeman Ndirangū Mau, who shot and wounded Kīmathi received £150 and Njūgi Ngatia who was present and assisted Ndirangū throughout the operation, £75. Karūndo wa Mūgo the leader of the operation patrol, who took charge was presented with £50. The remaining £75 was donated for a bean feast for all tribal police and tribal police reservists in Northern Tetū Location

Speaking in [Ki]Swahili to 300 tribal policemen, who marched into position in front of the provincial office with their own fife drums and bungle band, the Special Commissioner said that since the day Dedan Kīmathi had ran away into the forest until the day he was captured, four years had elapsed and those years had been a great loss and trouble to the Kikuyu people.
“… Today we swear that we shall not allow the Mau Mau any form of action and will not let them come back into the country. We shall try again to regain the good name of Central Province through progress and civilisation,” Mr. Johnston added.

The story of what happened to those rewarded by the British is retold over and over in pubs, markets and schools in Nyeri.

The joy of the reward recipients was short-lived. Their neighbours and indeed many of the people they interacted with shunned them. Even small children insulted them publicly. Ndirangū Mau who was originally from Kamakwa in Nyeri, decided to invest his £150 to buy a minibus. He planned to use it as a public service vehicle to transport people for payment.

Nobody, except his family ever boarded that bus. A driver would take it to the bus park but it would remain empty all day. Touts at the bus park would shout to anyone trying to enter it, tonya ūrathwo, meaning, enter the bus and get shot. He tried to sell off the bus but nobody wanted to buy it and it aged and rusted from non-use. He invested in a truck. It met the same fate. He decided to use the remainder of the money to open a restaurant. Again, people began painting the famous words on the wall of his restaurant, mūthirimo wa Kīmathi. Nobody entered that restaurant, not even his fellow home guards.

Ndirangū in desperation at the stigmatisation changed his name so that strangers would not recognise him, to no avail. He was shunned and pointed out as a traitor for the rest of his life. After independence, Ndirangū was always on radio asking the government to help him. The rest of the team that had received £25 each invested jointly and bought a lorry.

The lorry met the same fate as Ndirangū’s bus with people quick to scratch mūthirimo wa Kīmathi into its body. They too could not find work and neither could they find a buyer for their lorry. Their children and grandchildren are ostracised till today. To date, when drunken people pass outside the homes of the people who were paid by the British colonialists for shooting Kīmathi, they always shout: “Mūtikire twambe tūhetūke gūkū kwa ngati,” keep quiet until we pass the home guards’ homes. The drunkards will walk past quietly and restart their drunken racket as soon as they pass the home guard’s home.

There were several newspaper reports about Ndirangū Mau the man who shot my husband. See this one for example.

But Ndirangū was no ordinary man. He was the man who on 21 October 1956 shot freedom fighter Dedan Kīmathi and his life changed forever. For close to 29 years, he had remained silent, living off his years under a cloud of resentment and shame that had also been transferred to his children.