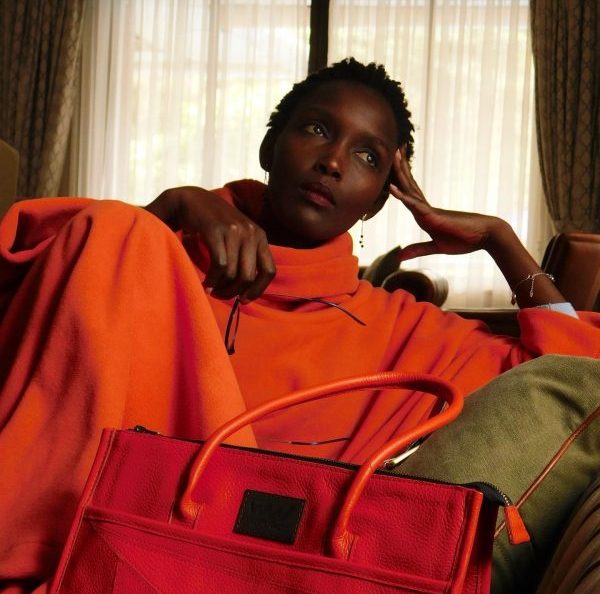 “ Your purpose is your endgame. That is your legacy. So if you start working on your purpose you are building your legacy every day. Ease is a greater threat to your progress than hardship. So keep going. Keep working, until you win,” says Chebet Mutai.

Chebet Mutai is the owner of WazaWazi fashion house, a 10-year-old Kenyan company that specializes in manufacturing high-end leather products. In May 2012, she bootstrapped her venture by selling a personal car and including dipping her savings.

“ I had about Ksh 500000 ($4,326.38) and I had a partner who bought the machinery and that is how I started. In the first three months of manufacturing, life was hard. Not even my friends inquired what I was doing and that is when I learned that the life of an entrepreneur can be lonely,” says Chebet.
Enter Sukhdev Kavr Mahajan, 80, a faithful client of WazaWazi a Swahili name cobbled up of two words, which combined mean
‘open-minded’. The lady who is long on the tooth is a ’fastidious client with deep pockets to boot.

And for your information, she’s the proprietor of the premier Mada Group of Hotels, which have a footprint within the three East Africa States of Kenya, Uganda, and Tanzania.

Coincidentally WazaWazi also has a shopping outlet here. To market, it’s products WazaWazi uses social media but disproportionately word of mouth does the trick. The company purchases its leather exclusively from one of the 16 tanneries found in Kenya.

Kenya is home to the third largest livestock population in Africa and leather, represents a potential area for sustainable economic growth and employment. Reportedly the leather sector in Kenya contributes 0.3 percent
to the country’s Gross Domestic Product (GDP).

Isaac Noor, CEO of the Kenya Leather Development Council (KLDC), an 11-year-old State Corporation established to enhance
the local leather industry told Bird that Kenya exports 90 per cent of its leather in raw form (semi-processed wet blue) while only 10
percent is exported as finished products.

The leather industry is estimated to be worth Sh15 trillion ($150 billion) across the globe. With Africa commanding only
four percent. Kenya commands less than one percent equivalent to Sh21 billion (US$ 181,739,506).

To date, Chebet routinely attends trade fairs in the fashion capitals of the world including in Hong Kong, Frankfurt Las Vegas, and New York cities.
Certainly, a precocious entrepreneur Chebet’s article of faith in business genuflects towards manufacturing quality goods believing that with the passage of time, ‘ a personal angel’ arguably weighs in leading to a sizable footfall into a business.

“ Quality is a way of life. It’s not a thing you do in the end. It’s something you do every step of the way,” says this former alumna of Kenyatta University (KU), a local institution, where she studied French and Economics. She names her leather bags after people who have influenced her kaleidoscopically and conspicuously for now they all
happen to be Africans. 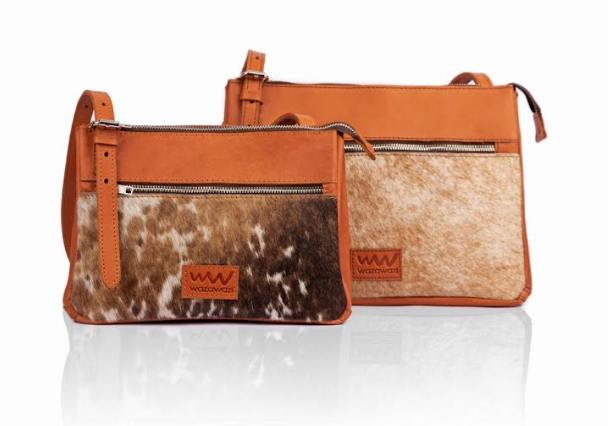 It turns out Chebet’s entrepreneurial journey was spurred by an altruistic sense of self-guilt borne from working for the World Bank beginning in 2006 after the completion of her undergraduate studies. After working at the Bretton Woods institution for three years she came face-to-face with her eureka moment.

After flying around sub-Saharan Africa as a development consultant, Chebet realized problems ravaging the continent were homogeneously similar regardless of what country one was referring to. From hindsight, it did not make sense then, for this present-day 38-year-old peripatetic merchant, for a work-related flight to cost an estimated $ 5000, and when you include logistical and administrative charges the figure would almost double.

“ The cost of logistics and administration were higher than the impact of what we were doing as agents of development. So I thought ‘ ok what I need to do is come up with a business that would allow me to create jobs for the scourge of unemployment was and continues to be a big problem in the continent.

And since I loved clothes and fashion importing handbags from Dubai, I thought let me start a fashion business and create employment and that’s why I began this business.” Unemployment in sub-Saharan Africa stands at around 6%, according to the International Labour Organization (ILO). But most of the work available is unskilled or low-skilled, in part because the region has the world’s lowest levels of access to higher education.

So, although many Africans are employed, 70 % of Sub-Saharan Africa’s workforce is vulnerable, says the ILO. The global average for vulnerable occupations is 46 %. According to ILO Business leaders in 22 out of 34, sub-Saharan African countries told the World Economic Forum three years
ago that unemployment and underemployment were there
most pressing concerns.

And as is often said, the proof of the pudding is in the eating. To date, Chebet has employed 16 people in her factory. “ I made a conscious decision that as African people we must stop theorizing about the change that is required for evidently poverty is ubiquitously present and as individuals, we must
step up to ameliorate the depressing situation. For it’s only then that we shall be able as a continent to lift more people out of poverty,” says Chebet.

Evelyn Ndelio, 50 is a quintessential employee of WazaWazi and belongs to the ethnocentrism-leaning Massai community of Kenya. “ Chebet sent emissaries to our village in our ancestral Kajiado County, seeking women who were conversant with beading. And 10 of us volunteered to come to Nairobi to work for her.

Since then our lives have greatly improved for we are paid a reasonable monthly wage, a phenomenon that was rare in the past,” says Ndelio, dressed in a colourful loincloth dress. The array of leather goods manufactured in Chebet’s factory located within the verdant gated grounds of Jamhuri Show Ground here in Nairobi include leather backpacks, change purses, clutch bags, laptop or tablet leather cases beaded leather belts, jackets, and so on all targeting a discerning global clientele.

“ When I began the business, the local banking ecosystem was averse to loaning monies to budding entrepreneurs with solid business ideas but were lacking tangible assets to act as collateral,” says Chebet whose parents were typical civil servants working in Nakuru, Kenya’s fourth largest city, located 158 Km North West of Nairobi, the Capital.

To date, however, the local banking industry has undergone a seismic change that has witnessed lenders increasingly backing ideas with financial outlays even in instances where a putative entrepreneur is lacking a collateral asset. While the Kenya Government has identified the leather sector as one of the flagship projects for realizing its manufacturing sector targets under Kenya Vision 2030, a policy paper that targets to make the country into a newly industrialized middle-income country by 2030.