Kenyan Rapper: King of Urban Poetry Does Not Mince His Words

“My goal is not to change the world but to inspire the mind that will change the world,” Willie Oeba as he is popularly referred to in the local artistic ecosystem says prophetically. 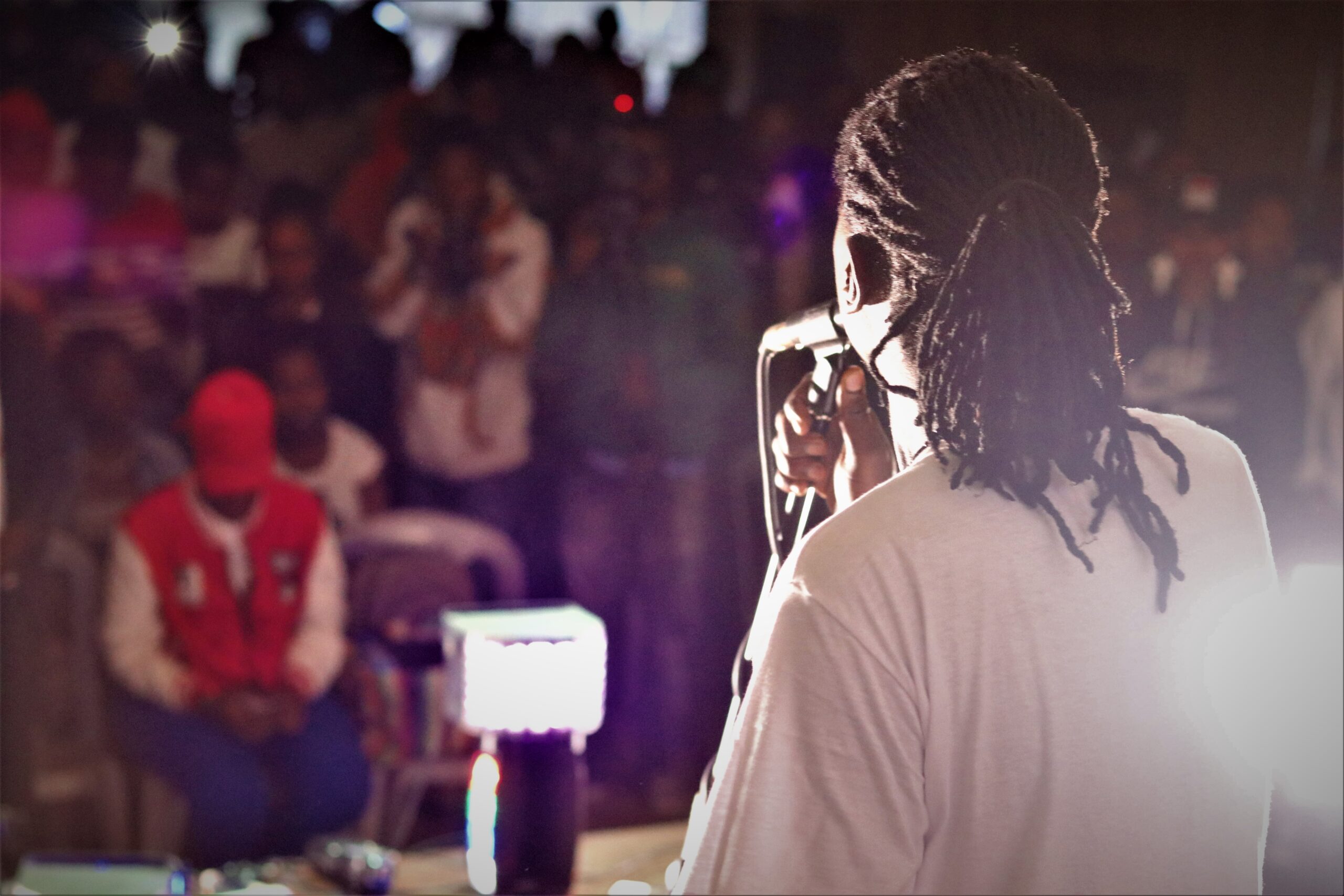 Rapper Willis Oebah behind the mic

Wilson Oebah is rewriting the handbook of conscious rap in Kenya by brazenly calling out the duplicitous tendencies associated with the country’s political class including that of the general populace.

In his telling, the 27-year-old Kenyan Rapper who has so far lived exclusively in Nakuru defines himself as an urban word poet.

Beginning in 2019 when Willy dropped ISM as his first album, which was solely an in my- hood inspired artistic work, the trajectory of his craftsmanship has grown organically to presently encompass a plucky national pedigree.

Take for example the duo tracks of Dear Mr. President and Dear Mr. Deputy President, which are formatted as letters and addressed to the country’s two –top most politicians.

Here Willie calls them out ostensibly for double-dealing, particularly with their political base and Kenyans in general.

Using the local creole language of sheng which is idolized by urban Kenyan youth, the two tracks arguably strike an immediacy chord with a potent demography in this East African state where 75 % of the population is under the age of 35 .

The letters are verifiably contagious for their satirical candor including the baritone voice that Willy uses to deliver his essence.

Wapi stadiums? (Where are the stadiums?) Ama umeamua kufanya kazi na hutaki mchezo? (Or you decided to work and you are not interested in sports)

The same students ulipromise (you promised) paid internships in 2017, the same graduates unaoffer  (you are now offering) wheelbarrow empowerment 2020. Zima hiyo kitu (Do away with this shamming)

Dear Mr. Deputy President, get this clear ma (the) youth hawataki (do not want) handouts, wanataka (they want) wages.

It turns out the country’s former Deputy President William Ruto won the presidency in 2022  with his former boss Uhuru Kenyatta not defending his seat because of term limits.

Also, Willie’s art reflects on generic themes that affect the youth including what it takes to be a patriot and what traits a grounded woman should aspire for as evidenced in the track These girls.

Indeed just listening to his vibes is akin to taking a journey in the existential lives of generally Kenyans but with a singular emphasis on the youth.

For his poetic lyrics strike a chord with this demography, which faces homogeneous crises key being unemployment, political exclusion, and moral decadence . 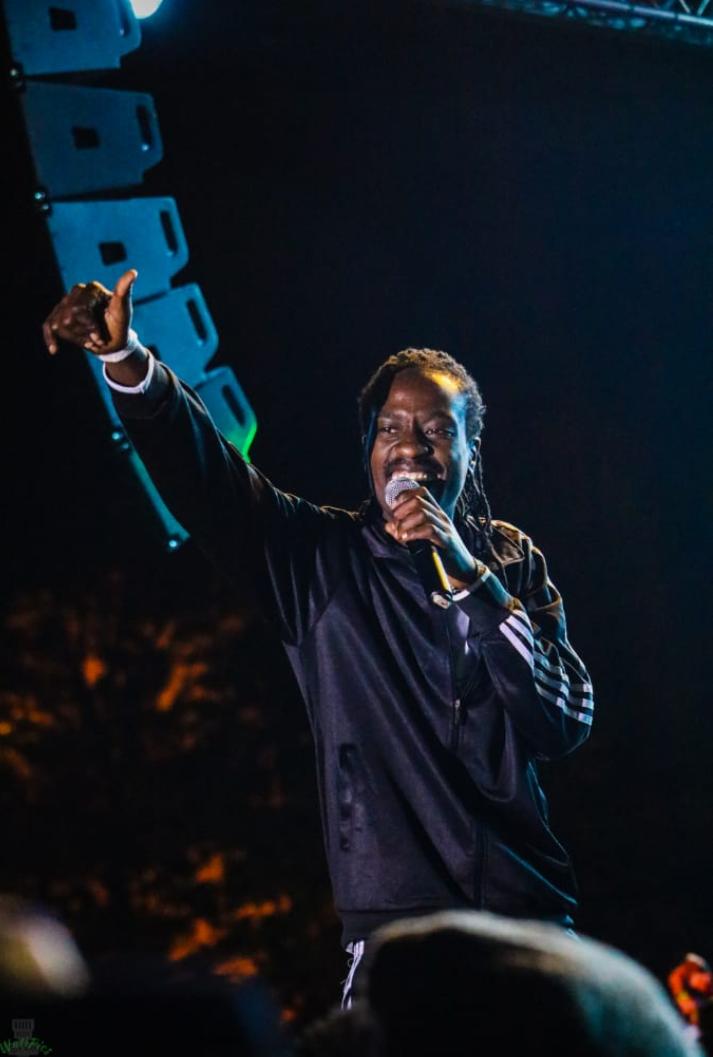 And if you thought Willie is a wannabe when he aptly refers to himself as the local King of poetry you will be disappointed.

In 2017 he was recognized as East Africa Spoken Word Battle King and Blaze Safaricom Music Champion in a contest that attracted more than 1000 contestants.

In a country where authorities routinely take a hardline stance on artists who dare critique the social, political, and economic malaise wrought on the Kenyan populace by arguably a corrupt, crooked and cheesy leadership Willie stands out as an outlier.

It turns out his alter ego and mentor is Kenyan rapper Kennedy Ombima popularly known by his stage name, King Kaka who has faced real threats to his life for releasing songs with heavy political undertones.

Presently Willie, an alumnus of the local Moi University where he studied Media Science taking literature as a unit, believes the subject had a seminal effect on what he’s currently doing.

Hear him speak: “ There’s so much to learn and harness as a creative by just being in that literature space. Be it actively or passively. With literature I have learned oral, listening, writing, and communication skills. I have learned that what you write is as important as what you say, how you say it, and when you say it. That’s what poetry is.”

Adding that literature enables him to classify himself “ as a niche Artist because, at the end of the day, you can’t appeal to everyone. You need a niche to tap into if at all you want to be effective.”

The strapping 27-year-old lost his father to cancer in 2013 and being the eldest child in a family of five he subtly took over the responsibilities of catering for his siblings and ailing mother.

“ Growing up we did not have everything we needed and that built the resolve in me to fight for what I believe in. I have been raised in a God-fearing family set up and this has influenced my art,” he says.

Soon after completing his secondary education, Willie did odd jobs that included selling tea at the bus terminus in Nakuru. He also worked at construction sites so as to raise his university tuition fee.

“ At the University I started actively doing art so as to get paid and the monies that I received sustained me at the university. This move paid of for it saw me being nominated while in my second year as the official university Mcee and I performed in all the graduation and orientation ceremonies thus sustaining myself at the Uasin Gishu County-based institution.”

Adding: “ I knew the moment I stepped out to go to the University, it was expected of me to give back to the family because at that time my Dad had succumbed to cancer and mum had been struck by a stroke.

“ So the idea for all four years while at the university was to give back to society and stay away from trouble. In my 3rd year, I won the Blaze Music Champion by Safaricom, and in my fourth and last year I was the most influential student in Moi University.”