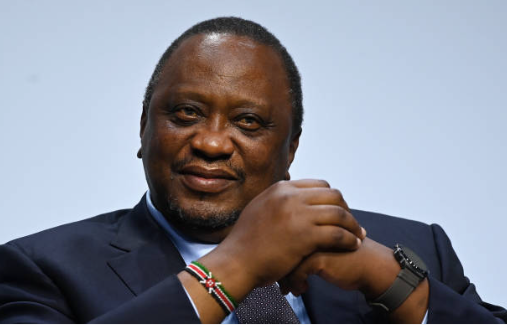 One of the notable achievements of Uhuru Kenyatta’s nine-year tenure as president was that he invigorated Kenya’s foreign policy.

By Wilfred Nasong’o Muliro – The Conversion

A year after his 2013 inauguration, his government launched a document that outlined Kenya’s diplomatic engagements and foreign relations. It was the country’s first written foreign policy since independence.

Its themes can be distilled into four objectives and practices: regional and continental cooperation; promoting Kenya’s economic interests; the revival of pan-Africanism; and an aggressive approach to foreign policy, including a plethora of high-level visits.

It was indeed a dynamic performance.

Nevertheless, in my view, based on the country’s mixed outcomes and foreign policy losses, it’s evident that the Kenyatta government’s foreign policy was not focused, consistent, or effectively coordinated. Consequently, it failed to create a regional balance of power favourable to Kenya’s interests.

And while the country became more visible globally and actively engaged in international matters, the returns from this visibility have been dismal – save for an increased debt burden.

In the 2014 Kenya Foreign Policy document, Kenyatta affirmed that Kenya would seek to promote sub-regional and regional integration.

In his inauguration speech in 2013, he said his government would strengthen regional ties through the free movement of people, goods and investment. He underscored the importance of deepening relations with the East African Community and Africa as a whole to:

deliver on the promise of independence and liberation from our colonial past.

However, critics faulted Kenyatta for using a pan-African approach to overcome the initial global isolation and non-receptiveness Kenya faced from traditional allies like Britain and the US. This chilly reception from the UK and US followed Kenyatta’s election as president despite his facing an International Criminal Court (ICC) case.

As a result, the president’s policy on global politics retracted to operating through the continental body, the African Union.

Kenya became an active contributor to the union’s programmes. In 2014, the country gave US$1.1 million to support the African World Heritage Fund.

In 2015, Kenyatta was elected the chairperson of the African Peer Review Mechanism. This is a voluntary assessment and monitoring system that evaluates and advises African Union member states on their progress in achieving good governance.

Moreover, Kenya was among the countries that contributed troops to the African Union Mission in Somalia.

Despite all this activity, Kenyatta failed to effectively exert influence and drive regional integration to Kenya’s advantage.

A notable element in Kenya’s foreign policy under Kenyatta was the renaissance of pan-Africanism. In his first address to the African Union Summit in 2013, he said:

Pan-Africanism has sparked a Kenyan renaissance.

The president said he had received tutelage on pan-Africanism from his father, Jomo Kenyatta, Kenya’s first president.

Arguably, this pan-African reinvigoration into Kenya’s foreign policy was motivated by the existential threats of global sanctions that the regime faced. Yet, Kenyatta’s election against the backdrop of the cases at The Hague turned Kenya into an icon of resistance following what was perceived as the unfair targeting of Africa by the ICC.

During Kenyatta’s inauguration, Ugandan president Yoweri Museveni praised Kenyans for rejecting western neo-colonialism. This was in reference to calls by diplomats that Kenyans should not elect people with cases to answer at the ICC.

The African Union convened an extraordinary summit that declared support for Kenyatta and his deputy William Ruto, who was also facing charges at The Hague.

Kenyatta’s foreign policy of economic prosperity was pursued and achieved via a triple approach.

First was through encouraging trade ties with traditional allies like the UK, US and some countries in western Europe. Second was through a diversification of economic relations to include new markets in the form of a “look east” policy.

But questions have arisen on whether Kenya has the financial capacity to meet present and future economic obligations. 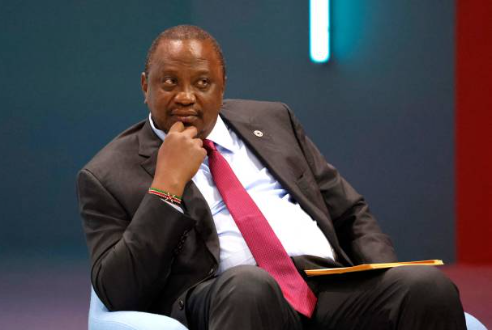 From Africa, Kenyatta hosted leaders from Ghana, Ethiopia, Somalia, Uganda and Rwanda, among many others.

By July 2022, a month to the election that would end his term in office, Kenyatta had made 158 official foreign trips. In contrast, his predecessor Mwai Kibaki made just 33 foreign trips over 10 years of leadership.

The country’s foreign policy during Kenyatta’s second term, which began in 2017, is what I would describe as aggressive or assertive. The country took advantage of any international opportunity that arose to make its mark.

In February 2022, Kenya addressed a UN Security Council meeting on Russia’s invasion of Ukraine. Its envoy to the UN, Martin Kimani, came out strongly in defence of Ukraine. He stated that the Charter of the United Nations was fading due to “the relentless assault of the powerful”. Kimani compared Ukraine’s plight to Africa’s colonial legacy.

But this aggressive foreign policy also portrayed Kenya as a nation that “wants everything”. This earned it some opposition regionally. For instance, states like Uganda, Burundi, Djibouti, and Tanzania didn’t vote for Kenya in its bid to chair the African Union Commission.

Kenyatta should have streamlined his priorities and made his foreign objectives sharper so as not to appear to be a “Jack of all trades” in foreign affairs. Many foreign interests were projected with little coordination; few were accomplished.

In some cases, the country’s goodwill was squandered in the pursuit of self-interest.

The post-Kenyatta government needs to fast-track the realisation of East African Community objectives. It needs to support South Sudan and the Democratic Republic of Congo’s active participation in regional integration. The new Ruto regime should also maintain a non-disruptive relationship with Rwanda and Tanzania.

In the Horn of Africa, Kenya needs to diplomatically endeavour to reduce Ethiopia’s growing influence in the leadership of the Intergovernmental Authority on Development.

Under Kenyatta, Kenya’s foreign policy practice within the African Union was more “lone ranger”. The Ruto regime will need to forge closer ties with regional powers like Egypt, Nigeria, and South Africa to make it easier for Kenya to push through its agenda at the African Union.

It will also need to renegotiate its foreign debts and re-examine Kenya-China agreements to re-organise debt repayments.